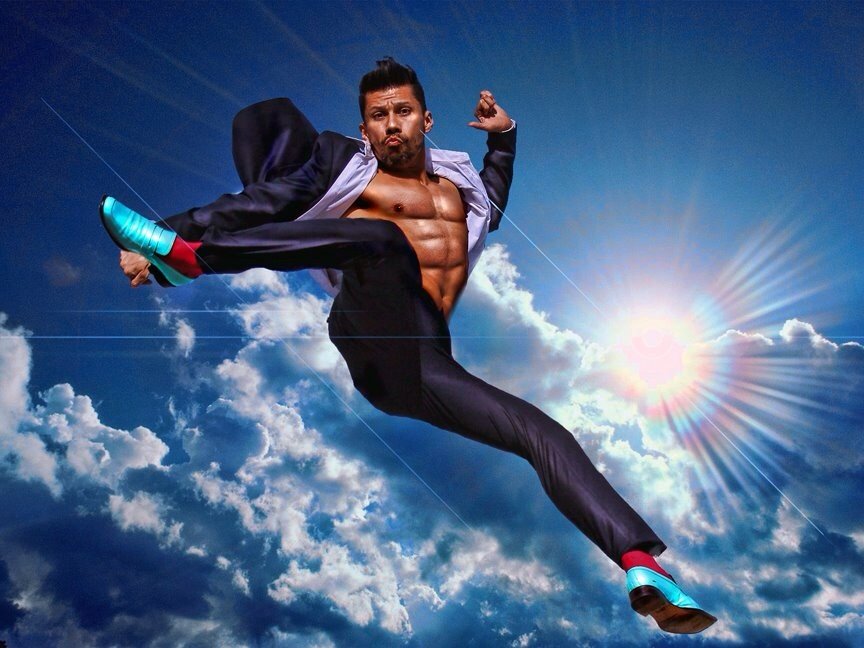 Antonio Conteras a prolific artist born in Mexico City surrounded by the cities rich heritage of artists, fashion, filmmakers, thought and expression. Growing up with many influences like: Diego Rivera, Frida Kahlo, Picassos, Dali, Maria Felix, Luis Bunuel, Pedro Almodovar and Carlos Saura has helped mold him into the artist he is today! When Antonio arrived in the Bay Area he found new inspiration in the richness of culture diversity. He pursed his passion by mastering watercolors and went on to win several art awards through the years as well as earning a Bachelors Degree in Latin American Literature and Fashion Design from San Francisco Art Institute in 1993. His art has been published in International Fashion Magazines and several art pieces adorn socialites and art collector’s homes around the world. Currently he’s an instructor in the Brazilian Martial Art of Capoeira. Antonio’s skills in writing, acting and directing are his newest accomplishments and recently he won the "Founders Award" at the Miami International Film Festival" with the short film "Antonio's Closet" in September 2013. Last June he presented an art and fashion installation in South Africa where his film "La Vida No Vale Nada" had an exclusive premiere and had a very successful reception from the audience and the media. This July his most recent fashion short film premiered at La Jolla International Film Festival, where he brought to life Mexican cinema from the golden era; He recreated Frida Kahlo's salon in one of the rooms of the museum where the actors portrayed the famous personalities of the era. That film was nominated in multiple categories and won an award for Best Make-Up. ANTONIO’S CONNECTION TO HOUSE OF AVIANCE: The first time I came across the Aviance family was when Gehno Aviance asked me to perform for his birthday bash in 2012. I was blown away by the professionalism of Mother Juan Aviance and Gehno. It was then were our friendship begun. A short time after getting to know Mother Aviance with phone calls and Facebook messages… I was totally inspired by Mother’s kind words and advise about my career and my personal dreams/goals. One thing that really sticks out was a trip to Brazil for a very special hard-core Capoeira training in which I was very, very nervous about. While at the airport I went on Facebook and read a message from Mother Aviance and that’s when I felt he was welcoming me into the Aviance family. That message changed me and gave me the extra strength to continue with that trip and other projects that have followed. With all that said, “I’ve been a proud Aviance member since!!!”
ARTIST