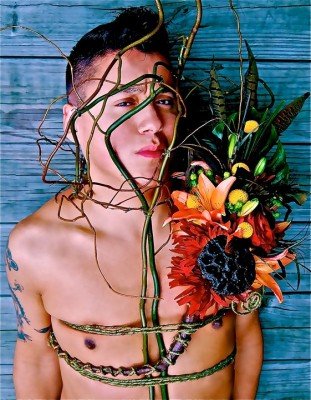 A brief memorable look into my history with The House of Aviance… Where to begin? I remember it was sometime in early 1997, I was a fresh and partial new comer into the gay scene. One night after the club I was hanging out with two of my friends and walking up the street in dupont on P St when we came across people on the steps of what was then a bar called “Escandalo” it was a latin gay bar but since then it has had many reincarnations. Anyhow, that night on those steps it was my first time ever meeting Mother Juan, my friends who I was hanging out with already knew Juan, Mother Juan was surrounded by friends and introduced us all as “new kids”. Now, I didn’t really know what that meant but I sorta had an idea, way before that night in my circle of friends, I had heard about Aviance and like any new comer into the gay scene sorta brushed it off as ok, yeah it’s a gay club scene thing, little did I know all the legendary history up that point of what the House of Aviance was all about. That night we ended up hanging out with Juan the whole night into the morning and afterhours the next day! It was a full kiki! That’s what Aviance means to me, a sense of family, a sense of community and coming together. It was not until I watched the movie Paris Is Burning that I came to full realization that The House of Aviance is not just about walking balls and winning trophies. Aviance goes above and beyond the ball scene, the dedication and time Mother Juan puts into his house is truly one of a kind, can you imagine what it must be like being the House Mother of 800 plus more growing members? Ohkuh!!!, that’s too fierce! So, back to my story.. after that night, I would see Mother Juan out in dc all the time and every time he would always introduce me as an Avinace, later sometime in 1998 I think? he left DC for NYC. I would see him every so often on my shenanigan trips to the big city to party, chilled one time when he lived with John in those apartments in Washington Heights, lord was that an experience! Lol but none the less fun! Anytime you hang with Juan in small groups is always a blast. Lost touch for a bid after those early years in NY but got back in contact through the magic of myspace and now Facebook. For the past three years it has been a full pleasure to come up to NYC for pride and get totally worked out by the amazing loft party Hades Music in collaboration with The House of Aviance throw each year. This is what Aviance is all about: pushing, promoting, enhancing and growing to the maximum capacity the TONS of artistic talents that each and everyone one of its members has to offer to the world.. you don’t have to rich to be famous hunney, Aviance has it all! Im proud to be a part of a house that you don’t have to be anything else but true to yourself and kind to your brothers and sisters to be fierce and fabulous, can’t wait to see the many more extraordinary things to come… My Profession: The Floral Contempo www.floralcontempo.com Bayardo E. Alvarez, Executive Designer & Owner Bayardo’s creations reflect his instinct & knowledge of aesthetics & environment. Color, texture, artistic flair & personal attention to detail are his trademarks. His exquisite floral combinations, influenced by current & seasonal trends put Bayardo a notch above most designers. A trained fine artist, Bayardo began his studies at the Maryland College of Art and Design in Silver Spring, Maryland continuing on to the Maryland Institute College of Art in Baltimore, Maryland. Realizing a passion for floral design Bayardo discovered the perfect medium to channel his artistic talents. Bayardo began his formal floral design and management training at the Community College of Baltimore County’s Floristry program. In addition, he has participated in a variety of floral design workshops offered by some of the most renowned floral designers worldwide in Paris, France, Vancouver, B.C. Canada, as well as many locations throughout the United States.
PERFORMER