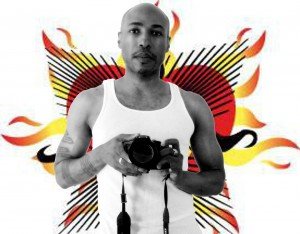 Why the ‘l’? Well, I am not unique; there are a few other Aviance named Christian (really it’s because my last name begins with an ‘L’). I am a Haitian American; my mother’s only child, of her five, born in the U.S. Actually I was born in NYC but really grew up just outside the city in Rockland and Westchester Counties. Sheltered childhood, I would say that I had; my mother did her best with the means that she had and what she knew. I’m a spiritual person and believe in most things supernatural (I’m Haitian). I believe it was Late 1994, the club world seemed like something out of this world, to me, when I first entered Sound Factory; I remember that it was soon after that that Sound Factory closed its doors. I would take the last bus from Nanuet Mall to NYC and walk from Port Authority to SF and Tunnel. Not knowing how dangerous the neighborhood was back then; it didn’t seem to faze me even after other club goers would ask me how I got there and warned me not to walk alone or down certain streets. In February of 1995 I moved to Brooklyn, in my father’s home. SF had closed its doors already. I was heartbroken! No longer on a Sunday morning would I witness Runway (didn’t even know it was called Runway). I used to watch, from the sidelines, wishing I could be as sure of myself and as confident as those who were walking and vogueing. Except for a few short films on gay culture on PBS late at night in the late 80s and Madonna’s “Vogue” I knew nothing of it, but I was mesmerized. Honestly, I would rather watch Vogue than Vogue. I knew nothing about Houses; had not seen “Paris is Burning” yet, and those short films I don’t think I grasped what it all meant. When did I meet Mother Juan? Child, I honestly don’t remember. I do remember that I met Juan at Twilo and Christopher (Rice & Beans) was there too. Juan mentioned once he remembered seeing me at SF (on the sidelines). It’s possible, I didn’t really know anyone then and Juan has a way of remembering everyone else’s memories LOL. Anyway, Juan was kind and fun. I am unsure as to what day (or night) I was made Aviance. What I do remember is that it was Twilo, and Juan and I were walking on the sidelines of the dance floor where he ran into James Anderson just passed the juice bar below the DJ booth (amazing how I remember that but nothing else LOL). He introduced me to James as Christian Aviance. After the brief hello and small talk we kept walking and I was smitten. My favorite times with Aviance Family… hmmm… I haven’t had a bad one yet. Dance-a-thon, AIDS Walk, Picnic in the Park; my Birthday in the Park; Sound the Alarm (when suddenly there is a call for as my Aviance to come join Mother at a club). Some of the best laughs are when Juan and I are changing words to songs while on the dance floor; I won’t tell you what we have come up with (let’s save it for an Aviance Records KiKi track!!); trust me though; some of them are quite the KiKiKi. Who am I today? I don’t club as much and that’s OK; let the new children get deep in vogue. I moved out of my father’s a long time ago. Photography is my passion and I am going after it; currently I work as a Food Photographer and taking classes to get better at what I love. Being one of the kids in the clubs, there was the time of drug use and a time where it became excessive. Well, I don’t do that anymore and have a few years clean under my belt. My Aviance family has been very supportive of this and very protective when we are in the club environment (thank you). There is so much more (when I actually do remember). It’s been a wonderful experience finding myself, expressing myself and learning to love myself; growing up Aviance. I’m still learning, everyday, what it all means. Christian l’Aviance Find me on social media. Username is usually angelindiskies (twitter, facebook, tumblr, instagram et al)
PROFESSIONAL