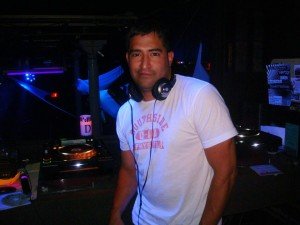 It was back in 94 when I stepped into the Legendary Tracks in Washington DC on a Friday night for a party called "The Closet Door" hosted by a now famous Kevin Aviance, the House, and sound track provided by house music DJ T-pro. Scared, confused, and dazzled by the glitz, glamour and madness that was the club scene, I was taken under the wing of Papa Joe, Phrankie, Mother Juan, and the rest of the Aviance Family. That Friday night molded my love for House Music, Fantasy, and Family. My favorite memory is the invasion of the Sound Factory. The night when a bus loaded with Aviance kids from Tracks, DC landed on 27th Street ready to cause, raise, and wreak havoc upon the Factory and later New York City! It was not until many years later that Mother informed me that I was an "Aviance", but even though it had never been voiced, I always felt like I was part of the family and so my journey began as David Martinez Aviance! DJ David Martinez - SURVIVOR by Austin Downey Many DJs have made their mark on the New York club scene, but few have survived as long as David Martinez. After life-changing experiences on the dance floor at the original Sound Factory nightclub in Chelsea, David picked up and moved to New York City in 1995. He brought with him a wealth of diverse inspiration and a heart of gold where the music was concerned. Like many of his peers, David landed an internship at the legendary Strictly Rhythm dance label under pioneer Michael McDavid and soon landed gigs at Twirl, Splash, XL, Champs, Exit and the legendary J's Hangout. His gigs soon turned into residencies, and before long David Martinez brought his signature feel-good house sound to Fire Island, where he regularly spun magical mixes for the crowds at Pavilion and Tea. He also worked under such famous promoters as Marc Berkley and John Blair. David Martinez can rock a slammin' house track with the best of them, but it's his more sensitive side that leaves the crowd wanting more. Like his idols Junior Vasquez and Frankie Knuckles, David brings a balance of body and soul to his mixes and continues to keep 'em dancing to this day. NY CLUB HISTORY Twirl, Champs, Splash, XL, J's Hangout, Octagon, Exit, Pavilion, Limelight GUEST APPEARANCES Earth w/ Junior Vasquez, - Millennium Celebrations in Times Square NYC, - Las Vegas, Tampa, Dallas, D.C. and Montreal INFLUENCES AND MENTORS Darrel Strickland, Michele Miruski, Darren Friedman. Junior Vasquez, Frankie Knuckles, Austin Downey, Billy Carroll MUSICAL INSPIRATION Depeche Mode, Erasure, Duran Duran, The Smiths LISTEN/DOWNLOAD DAVID MARTINEZ PODCAST http://davidmartinez92.podomatic.com/
ARTIST