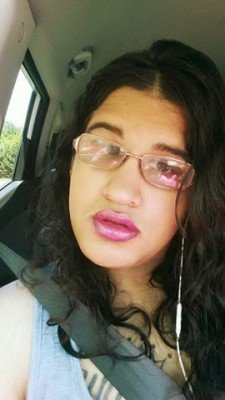 I was born on December 30th, 1991 in New York to two young parents. When I was born, I was born as their first-born son, or so they’d thought, and they tried to raise me that way. Things didn’t work out that way though, I was rebellious and highly feminine, not the boy they wanted me to be. Instead I was a person of my own creation. I viewed myself completely as a girl, and nobody could tell me otherwise. A lot of people attempted to crush that spirit in me, but they never could. They could never crush my rebellion either. I always sought a community of my own, I always stood out as the feminine mixed Latin trans girl, even before I started to transition. I knew that there were communities of people like me, and I wanted to find them. That’s how I met the Legendary Mother Juan Aviance. I watched Paris is Burning and I saw people who were like me, not exactly like me, but they were close. I became enthralled with it, I watched videos of balls, I watched other movies about it, I fell in love with the music and that’s how I found the House of Aviance, through Kevin’s music. I became Angel Aviance, and then finally Princess Harmony Aviance, and I’ve never been happier. I have a gigantic family of creative and inspiring men and women around me. I aspired to be like them. My life has been very interesting thus far. Even the darker parts of my life have been learning experiences. But I found my calling in teaching, I’ve always wanted to be a professor. Right now, I major in Women’s Studies, Sociology, and History. However, I’m also studying nursing, addiction counseling, and human services. I want to be a teacher and I want to be involved in my community. I was saved by a transgender organization in Philadelphia, I was addicted to drugs and alcohol, and I got clean because of them and I seek to pay it forward by not only teaching and encouraging trans women to get more involved in higher education, but also to help in the fight against violence, HIV/AIDS, and addiction in our community. I also am a Title IX activist, fighting against sexual and gender-based violence on college campuses. When I wrote my original biography, I looked up to so many people so much so that I wanted to copy them. It’s because of those same people that I found my own path, a calling I feel that my loved ones who have passed on because of violence, HIV/AIDS, and addiction and those who saved my life pointed the way toward. My writings, which focus on topics affecting the transgender community or campus violence, have been published. Some of them have been used in classrooms and others are being prepared for books. I’ve also spoken on panels and at events about a wide array of topics. I’m very proud of the woman I’ve become. It’s been such an interesting journey and I can’t wait to see where life takes me and all my brothers and sisters in the House of Aviance. Love, forever. PHA.
ARTIST