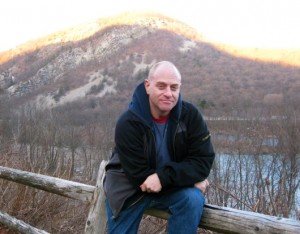 I grew up in Far Rockaway Queens New York in the 1960’s. Most of my friends by choice, were anything but “White Caucasian”. That was the start of a lifelong desire to learn about different cultures, the people and most importantly their music and customs. Having attended both high school and college in New York City, I decided that it was time to move and in January 1983 I officially became a resident of the Big Apple. Coming of age and being gay in the 1980’s was the beginning of the onslaught of the AIDS crisis that brought so much death to the community. It was living thru a modern day plague. Not a day passed when you didn’t hear about someone you knew that was dying a horrible death from a “virus” that no one had any clue about or any answers for and what to do to help the sick and the dying. The clubs and the nightlife became a safe haven for me to surround myself with the music and the people that knew and understood what was a very frightening time to be gay. It was at the now legendary Sound Factory where I first met Mother Juan Aviance in early 1992 and so many other extraordinary people that became a very big part of my life in and outside of the clubs. By the time 1996 rolled around with Arena at the Palladium, was when I realized I was Aviance and everything it was and stood for, its values its morals and its mission. For me, Aviance has always meant being part of a loving, diverse family that many of us didn’t have. A family that always rallied around its own in good times as well as the not so good times. My favorite Aviance moment has to be at the end of the Palladium closing party that was an 18-hour marathon. Anyone who was there will tell you it was an event they will talk about and remember forever. Picture Mother Juan in a runway battle to the track Icy Lake produced by Dat Oven…. A very legendary moment in time for me! Beginning in 1981, I began a career in Legal Records Management and over the next 16 years I worked for four large general practice New York law firms. In 1997 thru 2008, I became Director of Electronic Document Management for Viacom Corporate and MTV Legal. In May 2011, I founded NYCODE Management a collective of 8 DJs based in the New York Tri state area. Beginning in June 2011, NYCODE had a very successful 11 month affiliation with Global Mixx Radio.com. From September 2011 – May 2012, I produced a three hour segment on Global Mixx Radio.com every Monday night that featured the NYCODE DJs including well known guest DJs in the industry. I was also a partner with Tracy Davis, Inc. a small boutique catering company that had a very diverse clientele here in NYC from 1988-2008. And on a cold Sunday morning in March of 1997, on the former Sound Factory dance floor that became Twilo, I met Jeremy who would become the love of my life. This coming March of 2015, we will be celebrating our 18th anniversary together.
PROFESSIONAL