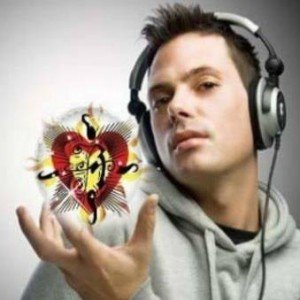 Bonjour from Montréal, Canada! My real name is Jason Swinamer but some of you might know me as Jae Aviance. My story of how I became part of the House of Aviance legacy began during the year of 1997. My friends who lived in New York were obsessed with Junior Vasquez and always talked about Kevin Aviance performances at Arena. Curious and excited to experience this gay man pleasure dome-as it was dubbed - I decided it was time to experience what they were boasting about. So, I hopped on a bus to NYC, went to Arena and I can tell you I left tattooed with an indescribable feeling of awe and felt as if Junior and mostly Kevin had enchanted me. Growing up in rural Nova Scotia I had absolutely no exposure to the kind of artistry Kevin possessed. When he lip-synched he embodied the song more than even the artist and the performance took on a life force of its own. His presence was always laden-hot and the shows were jaw-dropping. I was hypnotized by the symbiotic performances between Junior and Kevin unfolding each time I went to Palladium. I spent many bus trips and lots of money that year submerged into nights of delicious music, drama and inspiration. I feel lucky to have danced in that space. Ask anyone, Arena was magic. On the bus rides home I would replay in my mind the twisted artistry of the night and secretly hope to someday grace a stage the way Kevin did. When Arena closed I came to NYC the next weekend. We were having a drink at Twirl, where I first met and spoke to Kevin. My friends said you shouldn’t approach him but I didn’t care. This was my chance. He was sweet and cunty- of course- but I carried on and we talked about him coming to Black & Blue for the first time in the coming weeks. After having dabbled for three years in club kid couture, I decided to take the drag plunge. I called myself Jae because I had an androgynous look and I wasn’t fond of made up drag names. After all, Jae was an exaggerated extension of my personality as a boy. I hated wigs and never tucked, loved women’s fashion, accessories and was fortunate that my best friend, Mike was a designer- who later went on to work with Zuhair Murad! Now fast forward to 2000. I polished my look and mastered my drag artistry. My unique presence and androgynous look garnered attention and I had secured my spot within the Montreal nightlife scene. When Kevin saw me at Black & Blue 2000 he gagged watching me dance in an aquamarine blue Swarovzki dress, shouting and prancing... “Honey you are Aviance down!” It seemed I had tapped into the Aviance look and attitude. Kevin and I became friends. He was my mentor and I was humbled. From that night on I became Jae Aviance. Unlike, most children from the House, Mother and I had never met until 2006. I was hired to work the Hammam Party at Pacha by the producers of Saint at Large after they saw me perform at Black & Blue. This was the day we finally met and naturally, Mother impressed me right away. That night I officially got the Aviance blessing.  Mother I have to say, “I have great admiration and respect for you and the House you created”. I had a very successful drag career for 10 years. My performances were afterhours geared gracing stages in Montreal, Ottawa, Toronto and New York City. I have done shows alongside some of the music industries finest DJ talents like Hex Hector, DJ Escape, Alex Lauterstein, James Andersen, & Stephan Grondin in nightclubs and parties such as Black and Blue, Fly, Stereo, Splash and Sonic. Drag was an artistic outlet and my hobby. I worked in a hospital by day and never felt I needed to work in clubs. Drag was an expensive hobby that had major highlights and lowlights. When it isn’t fun anymore this is a sure sign that it is time to say goodbye. With much consideration and some sadness I decided in 2009 to hang up my heels. I felt it was time to move in another direction. I was maturing and losing interest in the scene and battled with an unhealthy addiction to partying. While working full-time in a health care center, I went back to university to study journalism. After graduating this past fall, I took my creative stage presence and transferred those skills to the written word. Jae Aviance was transformed into Jason James- my writing pen name. Who knows where my writing will lead me but wherever it takes me; I can assure you as an artist on a mission towards my authentic self, I will no doubt have fun getting there! I am currently working on my first novel and corresponding blog coming soon in spring of 2011. Much love and respect to you all, Jason James Aviance xo
PERFORMER