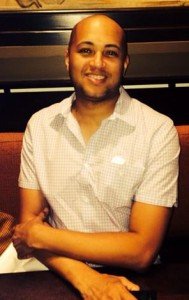 My name is Jerome Aviance. I've been a member for over 25 years. I moved to Washington DC in 87. I went to the clubs Tracks, Frathouse and Badlands. That's when I first saw vogueing and runway and met Juan and Kevin. I started to watch, learn and practice how to vogue New Way. The House of Aviance formed in 89. That's when I became Jerome Aviance. I then moved back to Pittsburgh for a few years to finish school. That's when I met Gordon Brown. I then returned in 91' and promoted parties for the DC Baltimore club scene. I promoted for DJ Scott Henry in the 90's for parties such as Fever, Buzz and Serve! DJ's such Josh Wink, Teddy Douglas and DJ Pierre to name a few. With the success of that venue, I went on to promote the Fusion party for Eric Hilton of Thievery Corp at the Fifth Column with DJ Keith Miller and Legendary DJ's Tony Humphries, Frankie Knuckles, Danny Tenaglia and Deep Dish. Other smaller parties I promoted were with MT for the Coyote party and for Chris Guard for the Quorum afterhours and Arizona Party in the mid 90's. During that time I was traveling back and forth with my Aviance brothers and sisters (Omar, Gustavo, Joel, Sean, Jimmy and Ceasar) between DC to New York going to the old Boy Bar, Sound Factory, Sound Factory Bar, MARRS, Save the Robots, Nell's and MK. I really do miss the nightlife and House of Aviance sisters and brothers. That era was amazing. I now have settled down a little and have been working for Southwest Airlines as a Flight Attendant for many years. I have since moved to Chicago and then to Las Vegas. That's where I presently reside. Thanks Juan for letting me be a part of House… it’s a Beautiful Legacy! Jerome Aviance
PROFESSIONAL