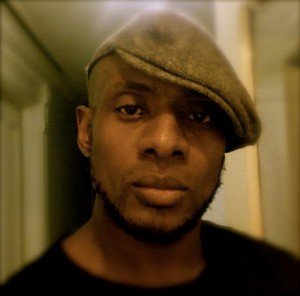 I was born on November 21st 1969 in Brooklyn, New York City. My parents were Guyanese immigrants who settled in Brooklyn in 1968. I was always interested in dance since my youth. I started with ballet and modern dance as child and eventually became an avid street dancer (break dance and “pop and lock”) in the early 80’s. My life with Aviance started in 1990. Still a relatively new house at the time, The House of Aviance was a force to be reckoned with in the Washington, DC ballroom scene. I was approaching my last year in the US Army and had witnessed the amazing talent of the House at the legendary Tracks DC nightclub and several ball events. I had just started voguing in early 1989 while stationed in Southern Virginia. I initially learned to vogue in the Norfolk, VA area at clubs like the College Cue Club, The Oar House and Vibrations. When I got to DC in October of 1989 and saw Mother Juan Aviance, Father Tony Aviance, William Aviance, and Kevin Aviance in action I knew I had to step up my game. My official introduction and eventual induction to the House came in the later portion of 1990 when I finally met and befriended William Aviance, Kevin Aviance, Father Tony and Mother Juan. Going against the grain of what other DC voguers were doing at the time, we used experimentation, individuality and “story telling” to develop our own signature style of vogue. In 1991, I began to commute with the House to NY via Amtrak or Greyhound almost every weekend to party at the Sound Factory. It was at the legendary Sound Factory that Mother Juan, William, and I worked on our craft together and further refined our distinctive Aviance style of vogue and team performance. Vogue battles were always for me reminiscent of the old popping and breaking battles I had as a youth. There were many nights of legendary Sound Factory vogue battles and performances NEVER caught on tape. If they were believe me your jaw would drop at the amazing artistry created to the right of the Sound Factory stage affectionately known as “vogue alley”. We went toe to toe on several occasions (out of love, respect and camaraderie of course) with The House of Extravaganza, The House of Milan, The House of Revlon and other great and legendary Houses of the era. After I was honorably discharged from the Army in late 1991, I permanently moved back to New York City and have been here ever since. Today, I am a NYS licensed massage therapist and will be working on some very interesting projects with Mother Juan and the House of Aviance… So get ready! And always know that no matter what ups and downs I’ve been through in my life I have ALWAYS been and ALWAYS will be an Aviance to the core. Love and Peace, John Aviance
PROFESSIONAL