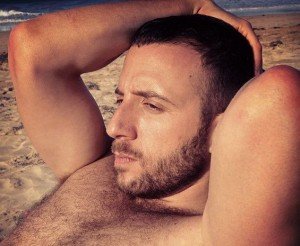 I grew up in New York and started going out at the end of high school and into college. It was the late 90’s and I found an entirely different New York that I knew I wanted to live in. And trust me, I LIVED in it. I graduated from Yale in 2000 and moved back to the city, diving right into a scene which, at that point, was rapidly changing. Hanging out with Kevin Aviance, Mother Juan and a whole mess of other people at various classic New York nightspots I learned about identity, fashion, music, dance and friendship. It was an experience I wouldn’t trade for anything. New York evolved and I evolved with it (some call it getting older, I’m calling it “evolving”) – but those days made me who I am today and I’m pretty damn happy with that. I spent four years working at Logo, and now I’m working at VH1 and giving it to ‘em Aviance in a whole new way!
PROFESSIONAL