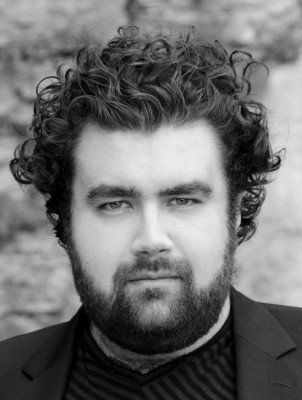 For the past ten years countertenor Josef Nelson has become known as a specialist in baroque music. He has studied and performed twice at the Oberlin University Baroque Performance Institute, performed in concert at the café at Symphony Hall in Boston as well as King's Chapel in Boston, and was heard at the Wheeler Opera House in Aspen, Colorado as part of the Aspen Opera Theater Center. Equally at home as a scholar, while studying at Lawrence University he presented a paper at the Richard A. Harrison Symposium for the Arts and Humanities, and has received critical praise more recently for his research into historical pedagogy and new perspectives on the use of vibrato in baroque performance practice. Important influences in his life have been the internationally recognized Patrice Michaels, the great opera mezzo-soprano and teacher Elizabeth Mannion, coach and music director Dr. Dana Brown, and great teachers Irene Gebrud and Sylvia Plyler. Josef Nelson has performed the title role of Handel's Rinaldo at Lawrence University. The next year performed with the New England Conservatory School of Continuing Education opera scenes ensemble, including under the direction of Mark Astafon. Also that year he participated in the Richard Crittenden Summer Opera Studio. More recently he has been heard at the Chicago College of the Performing Arts in the role of Saul in Henry Purcell's Saul and the Witch of Endor. Having recently completed his Master of Music degree in Vocal Performance at the Chicago College of the Performing Arts, he is busy performing with the organization he founded, the Hyperion Singers, and in upcoming engagements in Chicago and Cincinnati. The other passion in Josef's life is writing and he is actively pursuing publication of his first novel, Blood Chase. Among his past unpublished works is a four-novel series and numerous stories of Harry Potter fan fiction. Currently he lives in St. Paul, MN, and hopes to soon be traveling around the country either performing or signing books. JOSEF'S AVIANCE CONNECTION: In the summer of 2006 I had my first real exposure to New York City nightlife through Jonny McGovern's podcast. One of Jonny's favorite artists is Kevin Aviance and he had other Aviances regularly involved with his performances, and a few that made regular appearances on the show. It only took me a few months of listening to wonder what Aviance was, where it came from and what did it stand for. Having seen 'Paris is Burning', I was somewhat familiar with the idea of a house and what the Mother of a house was. I had no idea, however, that Aviance as a House and as a family would become so important to my life. One of the first things Mother Juan told me when I asked what the House of Aviance was was to check out the house motto, the poem that summed up the philosophies of the house. That poem put into writing many of the things I believe in and aspire to. It wasn't a revelation of a world of possibilities for me, it was a declaration of answers I'd already found, it was a welcoming home. I was in New York the following January for an audition, I'm a classical singer and was auditioning to participate in a summer music festival. Mother Juan and I arranged beforehand to finally meet and to spend some time just chatting and then going out. By then Mother and I were talking about once a week, if not more often, and on that trip I was able to meet some of the many people who make Aviance such a diverse group of people. I was out in New York again in 2008 for the Pride parade party and to meet even more of the family and since have met even more of these amazing people. For me, though, I guess it all comes back to Mother Juan. If I had to list the people I most admire in the world and the people who are my personal heroes and who have had the most impact on my life, he would be on it. I'm always amazed at his perspective on the world. I'm amazed at the generosity and support he has given me and to others. I admire his ability to step outside his own experiences and to learn and find beauty in everyday things. He reminds me that the struggles of life can only make us stronger, to make us more than what we were. He reminds me that there is always more out there to learn and to experience and to enjoy. Perhaps most important of all, he reminds me that if we love and support each other, if we accept our differences and celebrate each individual, that we can make this a better world. That's why I love being a part of the family of the House of Aviance.
PERFORMER, PROFESSIONAL