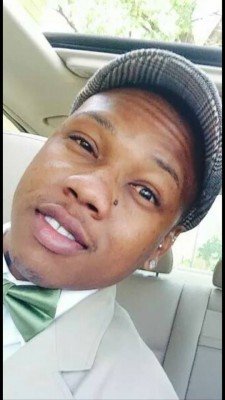 Born in Frankfurt, Germany in 1985, military home; raised in Washington DC from early childhood, King Michael Aviance (formally known as Prince Michael Aviance) says "If home is where the heart is, Avi-ously my home is the House of Aviance!" With a strong influence from the Christian church upbringing, King discovered his passion for the ministry. Life for King was (as many LGBT youth could understand) difficult to say the least. It was no mistake of the Universe that King would seek guidance and help from Mother Juan Aviance. It was then he began to break away from self-hatred taught by the religious upbringing that supported ignorance, and stigma against gays that was trying to claim his life. He began to discover himself for the first time. He became a brand new person, living for the first time. This “new person” that began to emerge would eventually take on the family name of "Aviance." King Michael Aviance discovered other house members in the DMV (Washington DC) area. He met some of the founding members. He embraced them as family and learned the stories and history of The House of Aviance. King Michael Aviance has taken an active role in discipleship, and leadership at an "inclusive Christ-centered church" called, Inner Light Ministries. As an ordained minister King is paying forward the same light that Mother Juan Aviance shared with him a long ago. King is a husband, and a father of two dogs. currently a student at the University of Maryland working towards a degree in Communications. Alongside of family, school, and full time ministry, King is a successful freelance cosmetologist, and travels locally as a motivational speaker and hopes to be a Life Coach like his mentor (in his head) Rev. Dr. Iyanla Vanzant.
PROFESSIONAL