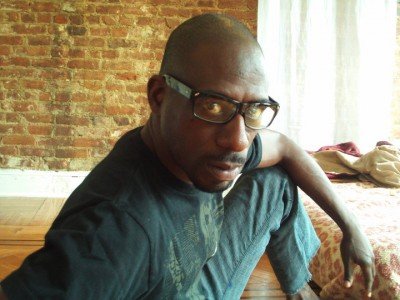 You will find my BIO below but before I begin that journey, I need to clear up a few misconceptions about "Houses". A lot of folks believe that Houses are no longer needed or that every member of a House is a shady queen and on the fast track to nowhere. I am not saying that we House Children are angels, but when you treat human beings as 'less than', that is how they behave. Surprisingly most gays and lesbians are clueless when it comes to the role that a House plays in many gay, lesbian, bi, and transgender youth. Back in the day, when tolerance of homosexuals was even less than it is today, many gay teens were chastised, abused, abandoned, and discarded. Often times by their own families. A House "Mother" and "siblings" rallied around and filled a void for those teens who felt hopeless and helpless. Aviance has been a FAMILY for countless gay & lesbian "children", both the young and young at heart, who felt they needed somewhere to belong. Mother Juan Aviance has opened her heart and home to so many kids that I've lost count! Like HOUSE music, Aviance is a feeling, a feeling of warmth, creativity, love and ovahness! And I am proud to call myself Marcus White AVIANCE aka MWA! Now… here's my bio, get into it! MWA grew up in a household surrounded by gospel, Negro spirituals and classical music. However in his strict religious upbringing, secular or non-Christian music was prohibited. As a teenager MWA rebelled and took an interest in bands such as, Prince and The Revolution, Rick James, Guns & Roses, Shannon, The Pet Shops Boys and Culture Club as well as house and techno. Officially "coming out" as a gay teen at the age of 19, he ventured to the clubs in Washington D.C., especially Tracks, where he encountered many kids doing runway and vogueing. He came in contact with many colorful characters, such as, Kevin Aviance, Mother Juan, Tom Aviance, Katherine Hepburn Aviance, Jerome Aviance, Tijani Aviance, and too many others to name! MWA was intrigued and somewhat frightened by all this new fierceness but his sense of adventure led him to begin mastering the art form of vogue. An alliance was formed with two other up and coming club kids, Sloan and Baron, and the three of them started the House of Xavier. Although Aviance and Xavier did not always see eye to eye, there was a mutual respect for bringing the house/club scene back to life in the unusually boring D.C. Their desire to bring it even harder took many House children to NYC for weekend excursions at Sound Factory, The Shelter, Save the Robots, Disco 2000, and Bump USA! In 1994 MWA decided it was time to pack up and move to the "in your face" City of New York. Continuing the going out experience and meeting the rockers and rollers of the underground club scene, promoting for clubs such as Roxy and Tunnel, and clubbing/partying as much as humanly possible. MWA has always believed in the magic and energy that the NYC night life scene has to offer with its intrigue, edge, beats, and artistry. In 1998 he decided to broaden the spectrum and share his compassion with those suffering from the crippling effects of HIV/AIDS, working for the world renowned Gay Men's Health Crisis. It was during this life changing work that he began channeling his frustration, sadness, and anger into art and music. This led MWA to formally join the House of Aviance - a leader in music, art, fashion, dance, performance and night life antics! MWA has always immersed himself in artistic endeavors and would often emulate characters from TV and Film from an early age. He also flourished as a writer of short stories, essays, and published poetry throughout high school and college, even considering a career as a poet. However the overwhelming desire to perform and entertain took over. One day while hanging out at a friend's band rehearsal, one of the band members asked him to write some lyrics. It just so happened that the lead singer was also absent and MWA was asked to "fill-in". The band dug his lyrics and thought he had a decent voice, they asked him to join their group. With a minimal amount of singing experience MWA began noticing his voice develop during every rehearsal. After which he began writing lyrics, studying voice, and writing music for himself. He found a manager and took up guitar, after months of writing and rehearsing, the Manager booked a gig at CBGB's. He went on to perform at CBGB's for several months, and booked gigs at The Elbow Room, Soul Cafe, and The Bitter End. He then set out to record and produce his own dance track, ”U got Me" which upon completion was played by DJ's all over NYC. He also started auditioning for TV/Film, landing small roles in Law & Order, Criminal Intent, Ugly Betty, Kings, Lipstick Jungle and Loso's Way, as well as Independent and Student films. To date MWA works with DJ friend DirtyBOY who asked if he would be interested in creating, producing, and hosting his own radio show. MWA accepted the challenge bringing his fondness of eclectic music, a flair for drama, and politically incorrect humor to create THE KIKI a variety show with all sounds of music, interviews, prank calls, guest hosts, and DJs. His listener-ship grows each week and he plans to take the show as far as it will go! The House of Aviance continues to support and inspire MWA, while keeping him grounded in pursuit of all his dreams! Check out the KIKI show podcasts here: http://thekiki.podomatic.com/
ARTIST