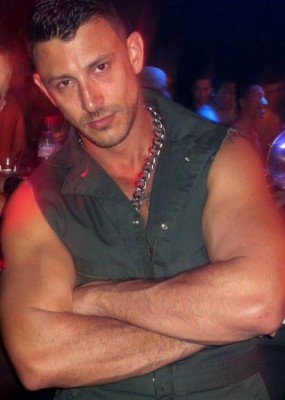 NICK van BREMEN became Aviance in 2004, NYC, because of his work in New York nightlife as a Producer, Promoter, deep love of Dance Music, and how he carried with the big girls. His nightlife credits include Roxy, Discotech, Gypsy-tea, garden on Ono at the Gansevoort Hotel, Star Fridays and the Chelsea Hotel, Lotus, Socialista, Splash Bar New York, Work party at Stereo, Master Class and Freedom parties with Junior Vasquez at Cielo, Artistic Director for Saint at Large, and many others during his eight years of Producing, Promoting, and Hosting in New York nightlife. Nick also was Director of Marketing and Production for the late Peter Rauhofer’s Record label Star 69 Records. Nick currently resides in Los Angeles, CA. He is working on a PsyD doctorate for Marriage and Family Therapy. His goal is to work with LGBTQ youth and their families focusing on bullying, pain management, and the struggles for LGBTQ maturing youth and their families. And most recently joined the team at Lafayette Street Records, NYC, as Marketing and Retail Coordinator and Events Planning. He is also bringing his passion for Dance Music to a new level by Producing new tribal tracks under the name NVBeats. Look for his latest work on Lafayette Street Records and Soundcloud.
PROFESSIONAL