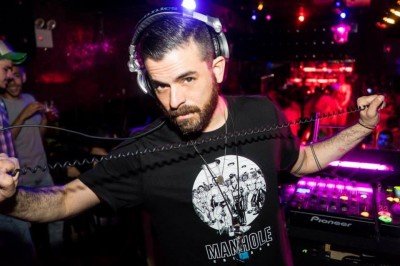 Nita, having made a name for himself performing as a member of the House of Aviance in the 90s, landed behind the decks in the early 2000's and past residencies include the East Village's AREA10009 at Opaline & TUBWAY at the legendary Mr.Black. He currently holds a residency at the award-winning WESTGAY. In his relatively short production history, he has already logged remixes for Beyonce, the Scissor Sisters, Le1f, Automagic, & Adam Joseph. He can also be heard as one half of the production teams BOOKWRMZ and Brooklyn Is Burning. Together, Will & Nita as The Carry Nation create a production and DJ sound that is unique and singularly exciting. Recent guest DJ appearances include the Paris' Acid Ball and Horse Meat Disco parties in London and England’s Glastonbury Festival, Club Berlin and SmartBar in Chicago, and Honey Sound System in San Francisco, as well as numerous guest appearances around NYC including DFA’s Crystal Ark Party Machine event and CatWalk at Marquee. They also put on their own recurring Brooklyn loft party, appropriately titled: The Carry Nation. Their first single "This Bitch Is Alive" (ft. Viva Ruiz) was released 2 years on Batty Bass (U.K.) to excellent worldwide reception. This was followed by their 2nd single for that label, “House Like This,” which garnered wide critical acclaim. In collaboration with London’s The Cucarachas (Tom Stephan & Borja Pena) The Carry Nation has released “Warriors” on Get Up Recordings and “The Oracle” on TRIBAL Records (which re-launched their label with this release). Their remix work includes “Face Love Anew” by Stereogamous ft. Shaun J. Wright on HNYTRX/Cocktail D’ Amore, “Synthetic” by The Ride Committee ft. Roxy on Nervous, “Guess Who” by The Ride Committee ft. Roxy & “Let Love Ruin” by Josh Caffe & David Newtron on Batty Bass, “Live It” by Hannah Holland ft. Xander on Get Up, “Rain” by The Crystal Ark on DFA, & “Sushi Darling” by The Cucarachas ft. Kevin Aviance on Kinetika. Their productions have been remixed by the likes of Tedd Patterson, Hannah Holland, Gavin Russom, Johnny Dynell, and Severino + Luke Howard of Horse Meat Disco. Most recent releases have been a remix of “Music In My Mind” by Automagic ft. N’Dea Davenport on K.I.D. Recordings and a remix of “Sweat” by Stereogamous ft. Shaun J. Wright on TRIBAL Records. Their forthcoming 2 part mix compilation for TRIBAL marks their first commercially available DJ mix. LISTEN/DOWNLOAD SOME OF NITA'S SETS HERE: http://soundcloud.com/djnitamusic
ARTIST