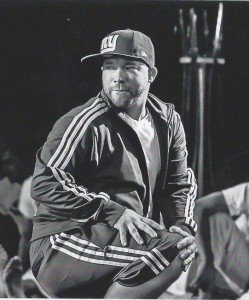 Timothy Richard Aviance started out as an enthusiastic raver boy from Pennsylvania. He would sneak out of his house to explore the nightlife even though he was only 14. The nightlife is where he discovered the community he belonged to… “the Underground scene”. His discovery brought him to Tracks 2000 (DC) and Fever at The Paradox in Baltimore and those clubs were the best places to dance for Timothy.  It was during that time when he first came in contact with an Aviance and out of all the Houses out there Aviance seemed like the proper family for Timothy. He says, “These children were quick-witted, streetwise and didn't take anyone's bullshit. They were real people and had your back”. Timothy spent 6 years in the Baltimore and DC circuit before taking off to his current home in the City of San Francisco. He was searching for "the vibe" he missed from his early party days. After years of fawning over San Francisco House Music DJ's he finally became part of the most positive and uplifting music scene and has been since 2003. While in San Francisco, Timothy teamed up with an older Aviance (Gehno) and soon after they took over San Francisco's House scene.  A few years later he met Mother Juan Aviance during his visit to San Francisco for Gehno's LEGENDARY 40th Bday party... and in one weekend of performing, gallivanting and bonding Timothy joined his new family… the family that turned him onto to all of this so many years before. To keep things moving Timothy, Gehno Aviance and Antonio Contreras Aviance teamed up and started a Dance Troupe called The A. The Troupe combines Vogue, House and Capoeira styles and performs for local clubs and House Music events. In 2013 The “A” was featured in a documentary short about Vogueing and Houses (see video below). The Troupe also performed on the Deviant's Stage at the infamous Folsom Street Fair the Summer of 2013. Besides all of the dancing, Timothy also aspires to be a Personal Chef. The recipe blog is coming soon! The love of music, art, dancing and cooking will hopefully send Timothy around the world where he can share his heart and soul with everyone. Check out more about The “A” (click here): http://theadance.com/ The “A” video on Voguing (click here): http://vimeo.com/56792636
PERFORMER