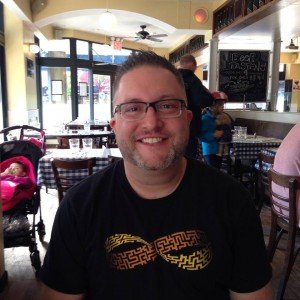 I grew up in Johnson City, NY which is about half way between NYC and Buffalo. I attended The University at Buffalo and earned two bachelors degrees; A Bachelors of Science in Anatomy and Physiology, and a Bachelors of Arts in Anthropology. After graduating in 1999, I moved to Manhattan with Scott Aviance. Scott and I became members pretty much by association. After we moved to NYC, we let an 18yo twink from Kansas crash with us for a few weeks. I didn't know at the time but Mother Juan was helping him before us. Shortly after the 18yo left, Mother Juan moved in with us. We might have had an Upper East side address but it was nothing close to highfalutin. Almost over night, I got to know the club scene, and all the NYC members. It was like a baptism by fire. I wasn't in NYC but a few months, and queens were already being shady. Thank god, I lived with Juan. She home-schooled me on the three most important things a new new yorker like my self should know; the QUEENS english, READing, and keeping your head out of the gutter. He helped me get on my feet and guided me through the NYC scene. A few months after he moved in, I got my first full time job with a small biotech company. After working in the pharmaceutical industry for almost eleven years, I have decided to go back to school. I am currently attending City Tech in Brooklyn where I am retaking my science pre-requisites. I hope to be applying to Physician Assistant programs in the Fall of 2011. For over a year and a half now, I have been dating my amazing boyfriend, James M. Between work, school and family we try to make it to as many Aviance events as we can. Hope to see you at one in the near future. Uncle Joe Aviance
PROFESSIONAL